Now, more than ever, it is important that as a manager you have regular and purposeful interactions with your employees. After 17 months of turmoil through Covid-19, felt both personally and professionally by so many, do you know how best to support your employees? Are you checking in with them on a regular basis to find out what’s on their minds? Do you know whether they may be a potential flight risk?

1-to-1s, or check-ins, are an ideal opportunity to build and maintain the manager/employee relationship, support performance through coaching and feedback and to aid progress towards goals by proactively addressing any obstacles or challenges.

Regardless of what you call the meeting or activity, an effective and purposeful interaction between manager and employee contains the following ingredients:

These interactions should occur regularly and be scheduled in the calendar for the year, or at least for the coming six months. They can be via a video call, face-to-face or a combination of the two.

The regularity of these interactions allows for an ongoing dialogue between the manager and individual where they can follow up on important topics and keep track of agreed actions and the resulting impact. This continued focus ensures that important topics stay front of mind.

You may like to have an agenda for what is discussed in the meeting but the environment the meeting is held in should be a relaxed, informal setting. If the employee feels relaxed, they are more likely to be at ease, and open about anything that may be on their mind.

Both the individual and the manager share accountability for the success of these interactions. The individual should prepare for the meeting and come prepared to discuss ideas, successes, concerns and challenges. The manager should prioritise their time to be fully present and give thought to what feedback they want to share and how best they can support the individual.

Part of the manager’s role is to offer feedback on the individual’s performance to help them stay on track and improve in any areas that need development. And the 1-to-1 is a perfect place to do that; it is private and is a time dedicated to supporting the individual to do their best work.

Forbes - How to have productive one-on-one meetings

However, there should also be the opportunity for feedback both ways. The individual should be encouraged to offer the manager feedback. To create an environment where this is possible the manager must be open to hearing the feedback and show the individual that they too are keen to improve the way that they work.

Effective 1-to-1 meetings create a learning environment where the manager acts as a sounding board for the individual’s ideas and thoughts. In addition, the manager uses their coaching skills to help the individual think through their challenges and explore potential solutions. Encouraging your team members to think for themselves will ensure you have a proactive team who own, and solve, their problems.

So, if you don’t use this practice already, or you have let the practice lapse over recent months, think about introducing (or re-introducing) it within your team. You’ll find that it will help you to have your “finger on the pulse” of what’s going on around you, and your employees will feel supported, more engaged in their work and committed to your organisation. It may just help your company to ride the wave of “The Great Resignation”, which so many companies are currently experiencing.

When you think of leadership, what first comes to mind? Your country’s Prime Minister? Your boss? Maybe even your parents?

We often consider leadership to be a man-made concept, but leadership skills have been part of evolution for millions of years, across a wide number of different species.

Wolf packs are well documented to have their own social structures and rules of conduct, with many studies suggesting that each pack has their own ‘alpha’ male and female, none of whom had any professional leadership and management training.

Similarly, most lion prides will have a dominant male, who will spend his life protecting his lionesses and their young cubs.

Leadership skills have been crucial in allowing so many species to evolve and thrive. But what really defines a leader, and why do most species need a decision-maker rather than a democracy?

King of the corporate jungle 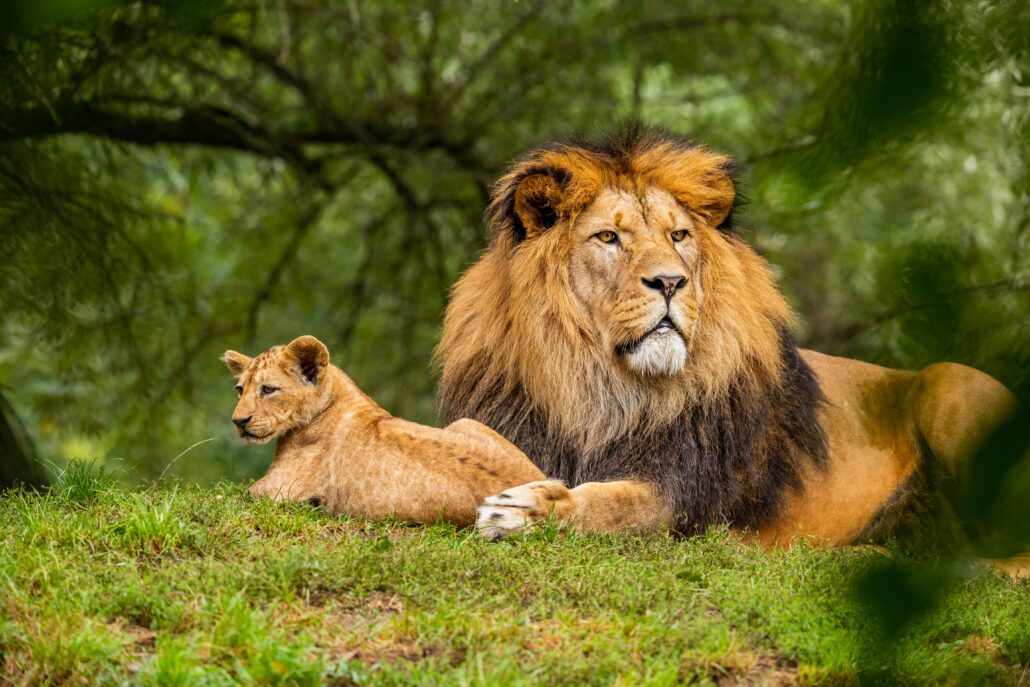 We’ve all grown up with an idealistic understanding of how lion prides operate (largely thanks to The Lion King), with a dominant leader who keeps his (and occasionally her) pride in check, making sure they work as a team to ensuring they all get fed.

A top lion will show leadership, courage and decisiveness, inspiring the pride to continue despite whatever brutal environments they have found themselves in.

We, as leaders in business, can learn a lot about leadership from lions by examining their behaviour both individually and within their social groups.

Their leadership can be contested of course. A young, ambitious lion will stand up to the leader once in a while and the leader will have to make a decision – to fight for their seat, or to flee and risk losing everything they have worked towards. With lions and humans, leadership and respect go hand in hand.

Everyone has a role in the hive 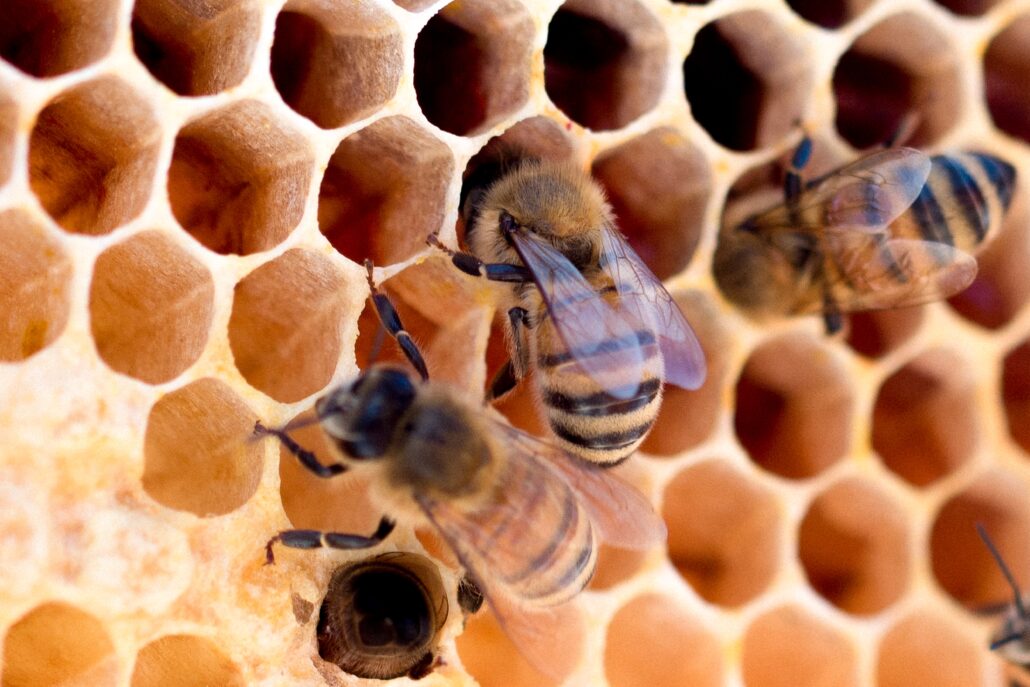 Now, we all know that bees operate in a hive, with a ‘queen bee’ known to be at the top of the hierarchy. Despite her title, though, the queen is more of a servant to the whole hive.

While the worker bees spend their lives bringing nectar back to their hive, the queen’s job is to lay eggs – an absolutely crucial role to ensure the survival of their colony.

Leadership in bees is nearly non-existent – there are different roles of course, but everyone plays a part.

Bees don’t have a decision-maker. They have a collective group, where everyone does their job well, and those who don’t get killed or banished. This is because they have the same common goal, instinctually driving them forward to survive and reproduce.

With humans it is different. People have their own individual goals, hopes and ambitions, and their decisions often revolve around those. A good leaders’ job is to align their teams’ goals and to inspire them to work together to achieve their collective targets, and their personal goals naturally will come with that.

Let’s take a step back in time 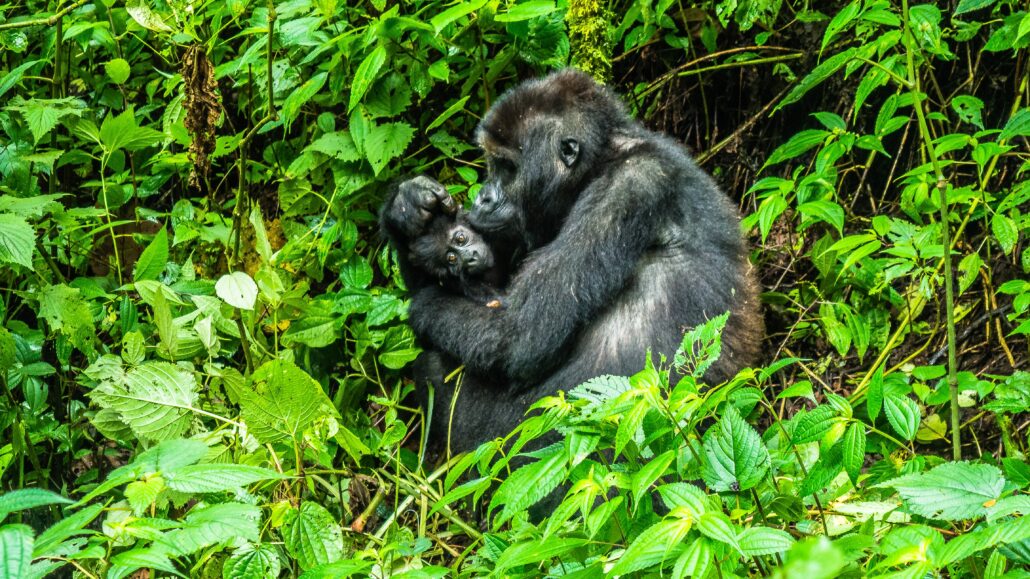 Leadership has been a key trait throughout the evolution of hominids (the taxonomic family consisting of humans, gorillas, chimpanzees and all great apes). The most recent of our common ancestors may have been alive 14 million years ago, but even they will have displayed similar behavioural patterns.

This common ancestor will have had a leader in their group, and that leader would designate roles to his or her team (albeit in a much more primitive way to modern humans).

The leader, or boss, would expect their team to perform their roles and allow the group to thrive more than its competition. It would have also found innovative ways to help the group further – consider the use of tools for hunting prey or finding fruits to be the ‘sliced bread’ of this ancient ancestor of ours.

Leadership then and now

If it wasn’t for the smart, direct and innovative leadership displayed by our eldest hominid ancestors, humanity as we know it would not exist.

Leadership and social hierarchy have been ingrained in the evolution of our species, and remains as crucial as ever in ensuring the growth of business, economy, society, and everything else you can think of.

So when you next make a decision as a corporate leader, why not consider this: how will this decision help my team to grow and thrive? How might the actions I take now inspire others to continue the evolution of leadership?

I bet I wasn’t the only one who watched the recent Olympics, then immediately set about revising my list of goals. But where should I even begin planning to become the oldest-ever skateboard medallist?

“SMART” I hear you shout!

I love a clever acronym as much as the next person. And SMART is certainly a memorable one – you would be hard-pushed nowadays to find an adult who can’t reel off what has become the universal goal-setting chant (Specific, Measurable, Achievable, Relevant, Time-bound, for those who don’t remember much from school).

But should we as cutting-edge leaders and managers still be blindly using this one-size-fits-all technique and encouraging our teams to do the same? For the answer to this question, we must look to the smartest. In the case of goals, this is two academics called Locke & Latham, who formally set out their goal-setting theory in 1990.

Locke & Latham recently revisited their theory in a paper called The Development of Goal Setting Theory: A Half Century Retrospective. Okay, it might not be the simplest thing you read today, but the effort will be worth it if you want to give yourself an edge on the competition in this critical area.

One of the main ways effective goal-setting is more sophisticated than SMART suggests, is understanding that there is a difference between setting ‘performance’ and ‘learning’ goals. Each of these types of goal should be set only in appropriate contexts.

Specifically, factors like knowledge, ability, commitment, and perceptions of task complexity should be assessed before identifying which of these types of goal to set. 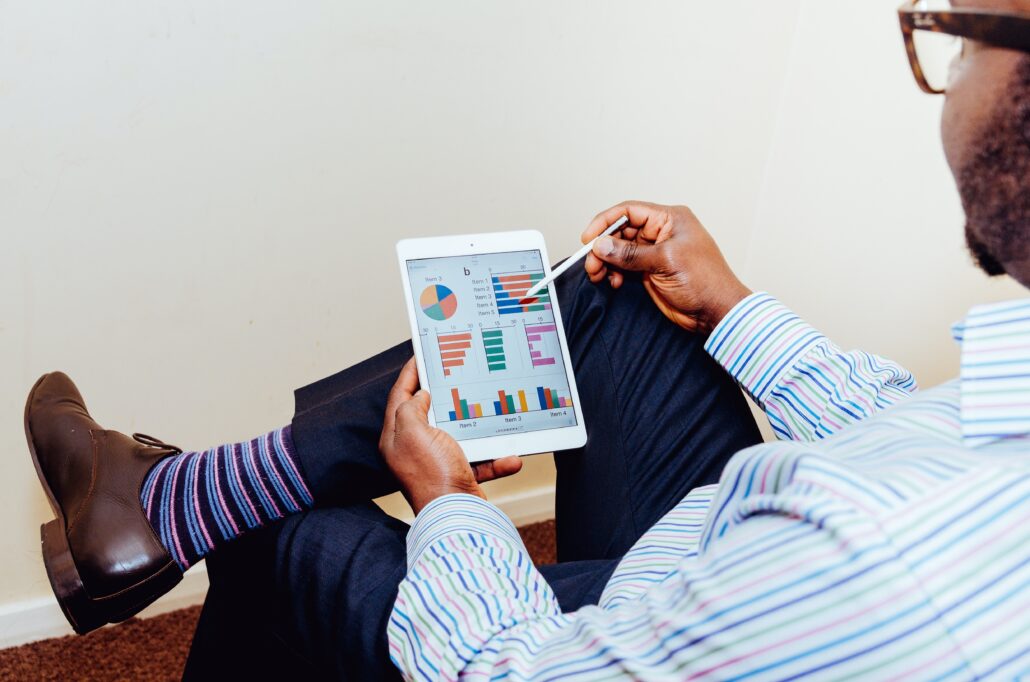 A damaging consequence of setting a performance goal where a learning goal would be more appropriate is that the goal can lead to stress, anxiety, pressure, unethical behaviour and perceptions of failure. If this is the case, motivation could drop dramatically, even though great progress in terms of knowledge and self-improvement may have been achieved.

So maybe you should think about setting your new salesperson the learning goal of successfully being able to handle a commonly encountered objection, before even thinking about setting them the performance goal of hitting the £150k per month target that your most experienced salesperson achieves.

There are, of course, several factors involved in determining whether you achieve your goals. Fortunately, there is another fantastic model that has been developed for this – keep an eye out for a future blog article on this. For now, I’m off to ask my skateboarder niece what an Ollie is…

The self analysis questionnaire was interesting, as usually we do not spend time thinking about our behaviour and the impact it has. I like the fish video. The trainer was very personable and delivered the course really well.